'There is only one street named Tolpits Lane making it unique in Great Britain' so perhaps it is worth writing about.

The name Tolpits had existed well before Wolsey’s time as ‘Tolpade’ in 1364, evolving to ‘Tolput’ in 1803 and ‘Twopits’ in 1822 (as noted on an 1822 Ordnance Survey Map and still referred to as Twopits in 1862). According to a Watford Rural District Guide, Tolpade seems to come from ‘toll path’ and was an alternative name for Cassio Mill mentioned in 1086.

About 1416, the Manor of the More (later Moor Park) was conveyed to William Flete (Fleet) who, a few years later in 1435, put up a claim to have a right of way for himself and his cattle from the More across the fields to the market place and church of Watford; in other words, along what would become Tolpits Lane. The Abbot of St Albans went to law and William Flete failed to gain his point. The More did not get its road to Watford till a century later when a greater Cardinal, even than Beaufort - Cardinal Wolsey who, after enlarging the house, sought to also enlarge the park by 170 acres. Seizing land to secure the building of Tolpits Lane, he expelled one of his tenants from a messuage (farmhouse or cottage) called Tolpotts and rebuilt it nearby.

Another story of the common rights is associated with this.  The (Little) Tolpits Cottage (built c1640) caught fire and the villagers turned out en masse to extinguish it.  As a mark of gratitude the tenant is said to have granted the use of the Moor to the villagers for all time as common grazing land for cattle and horses.  Unfortunately the date of this particular event is lost in antiquity and it cannot be said whether it was before or after Wolsey’s time (but Tolpits Cottage still exists).  The dictionary definition of “Moor” is “poor, peaty, untilled ground, often covered with heath”, so the “tenants of the manour” are in any case probably grimly standing their last ground!

According to Alan W Ball’s Street and Place Names In Watford, ‘Tolpits appears in 1365 as Tolpade, which had become Tollepathe by 1529 with a mention of Tolpott bridge in 1594. It seems to have been some form of toll path with the ‘pit’ a modern corruption, but all trace of a toll being exacted in this area has long since vanished. There was also a farm in the area and in the eighteenth century provided ‘Tolpulls’ as another variant in the form of the name.’
Tolpits Farm stood on the corner of Tolpits Lane (just up from Little Tolpits Cottage) opposite Olds Approach and is now part of Merchant Taylor’s school.

In Fitzherbert’s “Book of Surveying and Improvement”, published in 1539, he describes the system of communal agriculture then in use.  “To every townshyppe that standeth in tillage in the playne country, there be errable lands to plowe, and sowe, and leyse to tye or tedder theyr horses and mares upon, and common pasture to kepe and pasture their catell beestes, and shepe upon, and also they have meadowe grounds to get theyr hay upon.”

Thus we find in Croxley ancient reference to “The Common Moor for the Tennants of Croxley Manour”, the Horse Moor, and Lott Mead. Stories persist of the maintenance of common rights in Croxley, and it is notable that in 1886 when Dickinson’s Mill was greatly expanded, land was purchased by the firm from Lord Ebury to be exchanged for Common Moor land adjoining the Mill.

It was noted, even in the early part of the 20th century, that the exercise of Common Rights persisted with dairymen’s cows pastured on the Common Moor by day, and driven home (as required by ancient law) by night. Cattle are still grazed on the Moor from June to October, but they do not have to be driven home again at the end of the day! The “Commoners” of today are the surviving representatives of those tenants with property entitled to Common rights, and as such they have some say in matters concerned with the Green. Although the land lies almost entirely within the parish of Watford, the inhabitants of Watford have no rights with respect to it.

Tolpits Lane becomes Moor Lane just after you cross the River Colne on the way from Watford to Rickmansworth. 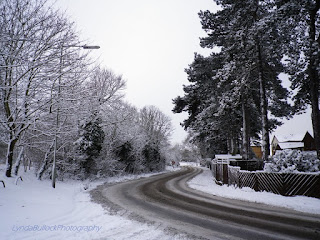 Various Maps of the area