Whippendell Marine can trace its history back over 100 years to the early days of electro-mechanical technology. Over the years the Company has been an innovator of products for the controls industry and its equipment and systems can be found in a broad range of industrial applications across the globe.

1911 - The Company moved to its purpose built site on Whippendell Road, Watford.

In 1916 The Company changed its name to the Watford Electric & Manufacturing Company Limited as a consequences of its concentration on Automatic Switchgear.

The 1930's saw the Company grow rapidly with the development of many patented devices for motor starters, such as the Eddy Drag Retarding Device. In 1936 it became a public company listed on the London Stock Exchange.

During WWII the Company's output was concentrated on manufacturing for the armed forces, including electrical assemblies for the de Havilland Mosquito, and control gear for the Royal Navy, the foundation of today's business.

Throughout the 1950s the Company was active in many areas of industry, and in particular was building large switchboards and motor control centres for the power generation and water treatment industries.

During the 1960's the Company developed a range of modern contactors and fuse switches, as well as its shockproof MCA contactor range for use in Naval Applications. These components are still in use today across a wide range of industries and in the most demanding Naval Applications.

In 1967 the Company was bought by Harvey Hubbell Inc. of the United States for it's range of standard control products such as the UCA contactors and the UFS fuse switches.

1975 saw a management buyout of the systems business and the creation of Whippendell Electrical Manufacturing Company (Watford) Ltd (WEMCO). The new Company continued to supply a broad range of industries but with a special emphasis on Naval and Mercantile Marine applications.

During the 1980's the focus of the business switched more to Naval and Marine applications and the Company won major contracts on the Trafalgar Class and Vanguard Class nuclear submarine programmes.

2000 - Development of the latest ground power control system was completed and the Company was awarded a contract from the UK MoD to supply a capability upgrade to HMS Invincible. 2 years later a further system was awarded for HMS Illustrious.

2005 - The Electrical Apparatus Company is renamed Whippendell Marine and the naval and marine operations of all the businesses are brought under one company.

2010s - The Company expands its support business and is awarded a contract to support aviation ground power systems across the UK RN and RFA fleet. Work also continues for the Astute Class submarines and in 2013 Whippendell Marine is selected to design and supply the aviation system for the new MARS fleet tankers.

2015 - Whippendell Marine was awarded Supplier of the Year by BAE Systems Marine Submarine Solutions for its work on the Astute programme.

2019 - After 107 years in Watford, Whippendell Marine moved to new premises in Milton Keynes, providing a modern manufacturing facility within a greener environment and more secure building. 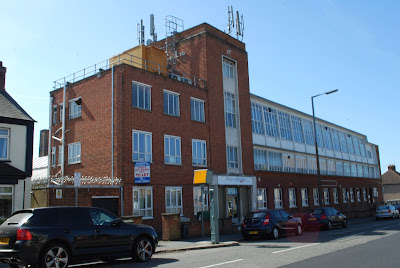 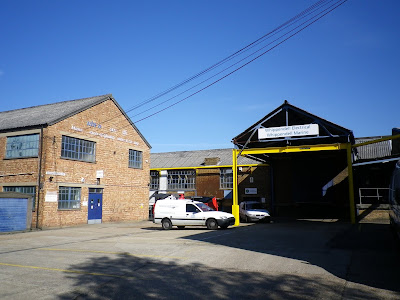 
In January 2018 plans to redevelop "an icon of Watford Industrial Heritage" were released.

Oakford Homes planned to turn the Whippendell Marine site on Whippendell Road into 81 homes comprising 51 one-bedroom and also 27 two-bedroom apartments. In a letter to residents of the area and ahead of their planning application, Oakwood Homes stated that:
"All the buildings on site are in a poor state of repair and there has been no interest from other companies to buy the site for continued employment use due to concerns about access for larger lorries and the changing nature of the area".

As of 2020 the site is under development.